PRESIDENT, CEO, CO-FOUNDER AND CHAIRMAN OF THE GROUP

Giannina Berreby has more than 30 years of experience in private banking and wealth management, tax & estate planning, specialising in acquisition, development and investment consultancy. She graduated in Business Administration with Emphasis in Economics from New York University. She embarked on her career in 1988 with Credit Lyonnais Panama, before moving, in 1991, to Basel where she worked for Credit Lyonnais Basel for Benelux clients.

She speaks French, English, Spanish, German and Dutch, with a good grasp of Italian and Portuguese as well.

PRESIDENT, CEO, CO-FOUNDER AND CHAIRMAN OF THE GROUP

Over the last twenty years, he has worked with Swiss banks and major international accounting firms where he has dealt with Latin American, Russian and African clients.

He speaks French, Russian, German, English and Portuguese, with good knowledge of Spanish and Italian as well.

Renata Romero started her career at Geneva Asset & Wealth Management SA in 2004 as an intern. She then spent some time in the city of Barretos, Brazil, where she worked as an assistant for a marketing company before returning to work in our company.

She started her career in commodity trading with Cargill International SA. After ten years of experience in Shipping, she pursued her career in Trusts and Family Offices.

In 2001, she has pursued her career as an Executive Assistant at MeesPierson SA then as a Client Manager of offshore and onshore companies. With her experiences in Shipping and Company Administration, she has worked for various Family Offices in charge of HNWI clients in Geneva.

In June 2021 she joined Geneva Assets & Wealth Management SA as an Administrative and Management assistant.

She speaks French, English, Spanish and has a good knowledge of German and Italian.

She speaks Portuguese and French, as well as having a good grasp of English and Spanish.

She speaks French, English and Spanish. 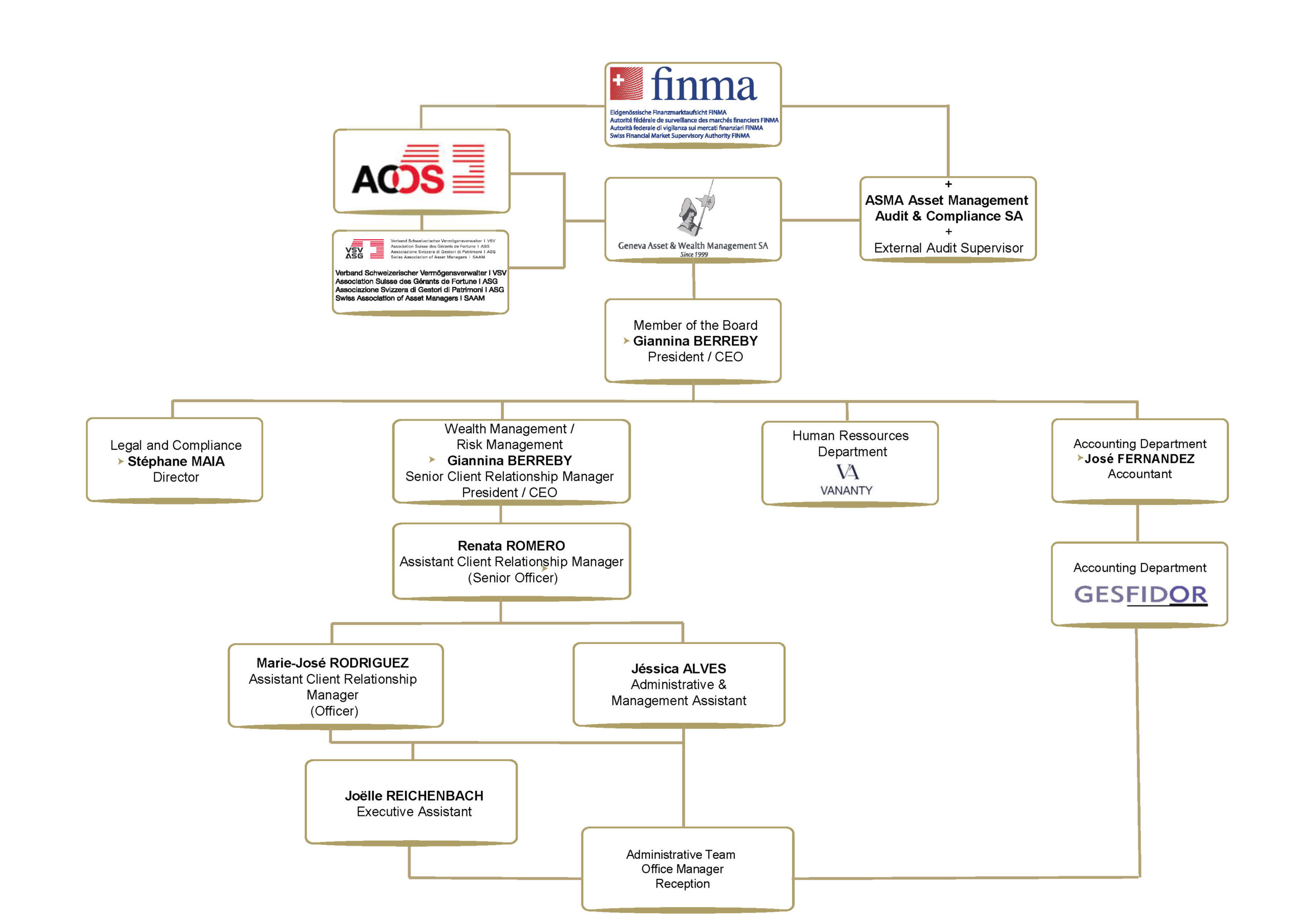 Finance, precision, security, durability and culture are the key hallmark values for which Switzerland is widely known.